In representing asylum seekers who have a well-founded fear of persecution because of their sexual orientation, it is important to assess the conditions in their country of origin. Although LGBT individuals suffer from serious human rights abuses in many countries, some countries have taken steps towards positive reforms and the question that we need to ask in assisting clients is not whether some progress is being made in these countries, but whether the state is unable or unwilling in law or in practice to provide effective protection against persecution to the LGBT individual.

What do I need to prove?

An asylum seeker needs to prove that their fear of persecution is based on sexual orientation or gender identity which is also recognised under the term “membership of particular social group”.

What is particular social group?

Particular social group is a group of persons of similar backgrounds, habits or social status. It is important to remember that the fear does not have to emanate from the state, it can also be from non-state actors such as family members or society at large.

What countries have strict laws against LGBT?

Country policy and information are used by the UKBA to make decisions on asylum and Human Rights applications. However, we do not always accept the Home Office findings and we provide our own expert reports with regard to the country of origin. The quality of the Home Office country reports is variable and we ask our experts to produce reports which are specific to our client’s needs and the particular facts. Examples of cases we are currently working on:

We are representing an asylum seeker who is a gay man from Nigeria. The current situation in Nigeria for gay men is dangerous. The legal provisions and level of harassment and persecution together with negative popular attitudes have to be demonstrated. Along with Sudan and Somalia, in the Northern parts of Nigeria, where Sharia law applies to Muslims, there is a death penalty for homosexuals and the nationwide criminal code of 1990 provides for a 14-year prison sentence for homosexual acts, involving either men or women.

For committing homosexual acts, men can face up to two years in prison and considerable social stigma, harassment and humiliation.  We have accumulated a lot of evidence which describes how LGBT individuals in Guyana experience violence and discrimination across all sectors of their lives.  LGBT persons regularly face threats, intimidation, harassment and violence in public spaces. This violence if perpetrated by both private and state actors.  The report of the working group on the Universal Periodic Review on Guyana dated March 2020 includes recommendations by several member states including the UK calling on Guyana to repel all legal provisions that discriminate against persons on the grounds of their sexual orientation or gender identity and to repel legislation criminalising consequential same sex activity.

We always argue that self-identification as a gay person should be taken as an indication of the applicant’s sexual orientation.  Any assertions of lack of credibility must not lead to automatic rejection and the standard of proof that the applicant is gay required under the Refugee Convention is to the lowest standard, that of a reasonable degree of likelihood.

All forms of homosexuality remain strictly criminalised and not tolerated in Pakistan. Pakistan, as an Islamic country, cannot be modern in this respect and there is an expectation that as a gay man our clients will have to marry women and deny their sexual orientation. The Home Office reports of April 2016 confirm that the gay communities are deeply closeted, which makes it difficult to assess their living conditions and human rights situation. The state authorities in Pakistan do not offer any meaningful assistance to gay men who are being persecuted by society.

A gay identity in the western sense is confined to more affluent homosexual groups based in urban centres with connections, access and familiarity with transitional LGBT communities and conventions. These men by virtue of their wealth and privilege are able to evade persecution and health problems. It is rare for homosexuals to declare their sexuality publicly. This will lead to community stigmatisation which may include violence and individuals are likely to be ostracised indefinitely. Some gay men recourse to heterosexual marriages as a means to appease social expectations, who at the same time maintain extra marital relationships with same sex partners.

Non-Government organisations such as the Bandhun Boys provide meeting spaces for gay men, advocates of homosexual rights and equality and work to repel section 377 of the penal code. However, this law is rarely enforced and used primarily to bully the LGBT community. Acts of violence are unlikely to be reported officially and homosexual attacks do commonly occur within communities and by law enforcers. Homosexual men who choose to live openly as gay men, will be at risk anywhere in the country!

Our client would be particularly at risk there from family and religious extremists, but the risk of ill-treatment is considerably wider and more pervasive than that. Law enforcement agencies main principles provide protection if our client abstains from sexual activity. However, in practice such agencies have been ineffective in the prevention of murder of scores of similar political activists in the recent past.

A lone male without any family support and an openly gay man will struggle to relocate to any part of Bangladesh, because Bangladesh is a society where social participation in the local community is mandatory.

Through using expert reports, we have achieved excellent results for our clients. We provide objective evidence on individual claims for refugee status and we select experts and give them sufficient time and information to prepare their reports. Our experts provide effective reports which: meet the expert witness obligations; outline the process of writing the report; outline the expert’s role and explain how the expert has reached their conclusion 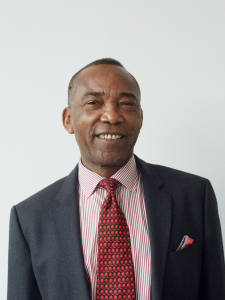